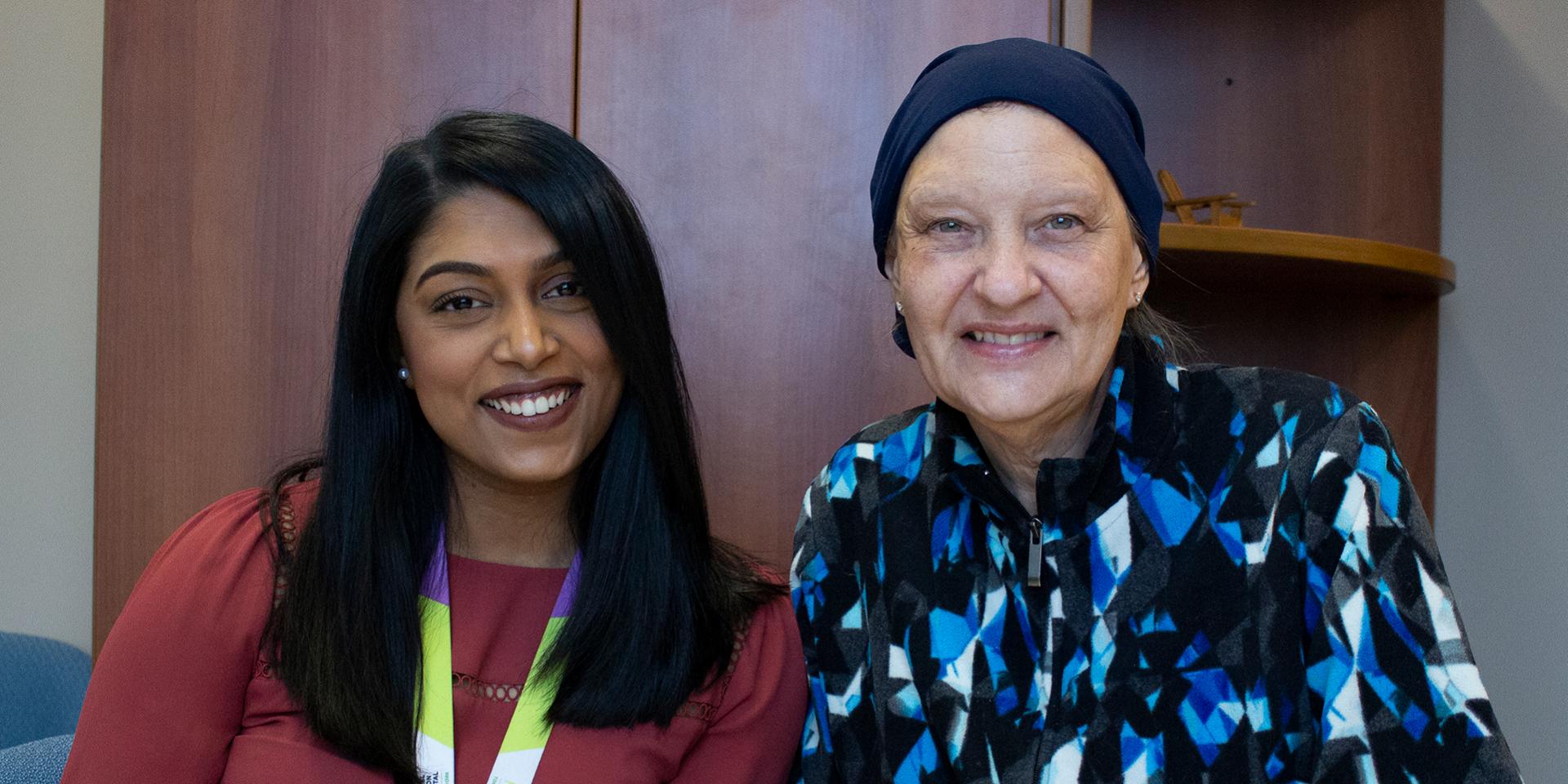 As a court reporter for 35 years, it was no surprise that Susan Olubick was constantly taking on assignments.

Until one day, she had to stop accepting them because a weakness spread throughout her body. She remembers going to the grocery store and lining up – then breaking out into a cold sweat.

“I was perfectly healthy. I had quit drinking, and I was eating well for the previous six months – but I was still losing weight. I should have known from the dramatic weight loss,” she said.

She immediately contacted her doctor, who told her to visit the hospital where she received a CT scan. Her sudden weakness stemmed from a perforated large intestine, which was bleeding out. She was diagnosed with colon cancer at Michael Garron Hospital (MGH), Toronto East Health Network and had her tumor removed two days later.

But things began to worsen for Susan. After she was able to go home, she returned to the emergency department to receive the news that she had a blocked bowel. Eight weeks later, she was told her chemotherapy was for palliative care; she couldn’t believe it.

“It’s shocking. Especially for my children. I have a son and a daughter, and they were so upset.
I had to be strong for them. I’m fighting,” Susan says.

Her biggest concern was how to care for her children. MGH Oncology Social Worker Rachel Isaac was able to provide Susan with guidance and support.

The psychosocial oncology program at MGH is dedicated to “treating the person as a whole,” Rachel says. “It is an inter-professional approach that addresses the social, emotional, psychological, financial, spiritual and functional impact of cancer on patients and their families who are going through treatment in the oncology clinic.”

Rachel provides support in all aspects of life that patients might not necessarily think of. She works with physicians, nurses and pharmacists to facilitate holistic care for her patients and provide a safe space for difficult conversations. Specifically, her support could range from providing counselling to patients who plan to talk about their cancer diagnosis with their loved ones; or it could be connecting the patient with community resources or in Susan’s case, exploring financial support.

Given Susan was unable to return to work, she and Rachel first had a discussion about her financial situation. Through that process, Rachel was able to conduct a psychosocial assessment and realized that CPP Disability would be the most appropriate program for her.

“It’s comforting that I’ve been able to figure out what to do. She lets me know what resources are available – I remember thinking, ‘Oh! I didn’t know that.’ Who would have told you that?” Susan says.

“My goal is to address aspects of cancer beyond the disease,
because it has a multi-faceted impact on someone’s life,” Rachel says.

Susan is appreciative of how Rachel’s role doesn’t focus on the medical side of things, but instead emphasizes what can be done to help.

“Rachel offered to speak with me anytime I needed to talk. She is there for me, which is invaluable,” Susan says.

“I sort of have a timeline now, and I’ve had a really good life. So, I try to be grateful more than anything.

Grateful is a wonderful feeling, because you don’t feel sorry for yourself or mad or depressed. So, I try to be grateful every day,” Susan says.