While COVID-19 restrictions ease across Ontario, MGH care partners and visitors must continue to wear a mask while on-site at the hospital. Thank you for your cooperation.

It's been just over one year since Michael Garron Hospital began construction for the new Patient Care Centre. And what a year it has been!

A large amount of work has gone into preparing our site for our new facility from decommissioning wings and relocating exits to installing our new oxygen concentrators and high voltage switchgear.

Below is a collection of photos documenting the significant construction milestones and progress that has taken place on our site over the past year. 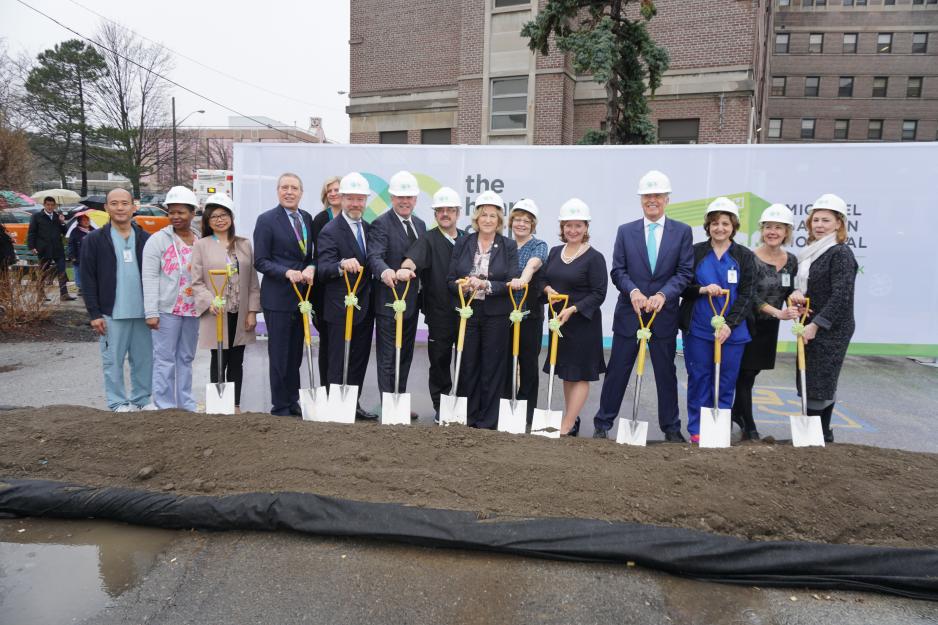 On April 25, 2018 we broke ground for the Ken and Marilyn Thomson Patient Care Centre. We were joined by MGH staff and physicians, the Foundation, government officials and community members to celebrate this major milestone in our hospital’s history. 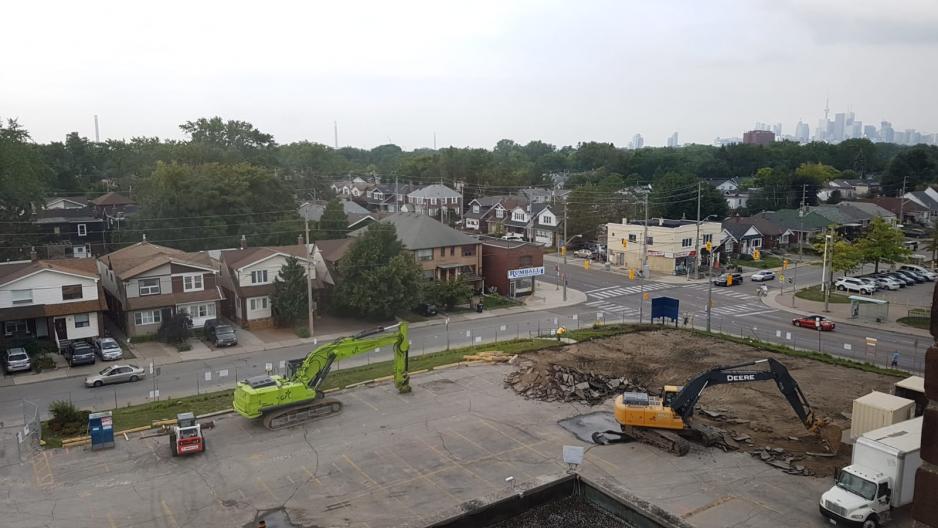 Our public parking lot had to be relocated to a lot on Sammon Avenue west of Coxwell Avenue. The parking lot asphalt was then removed to prepare for shoring and excavation. 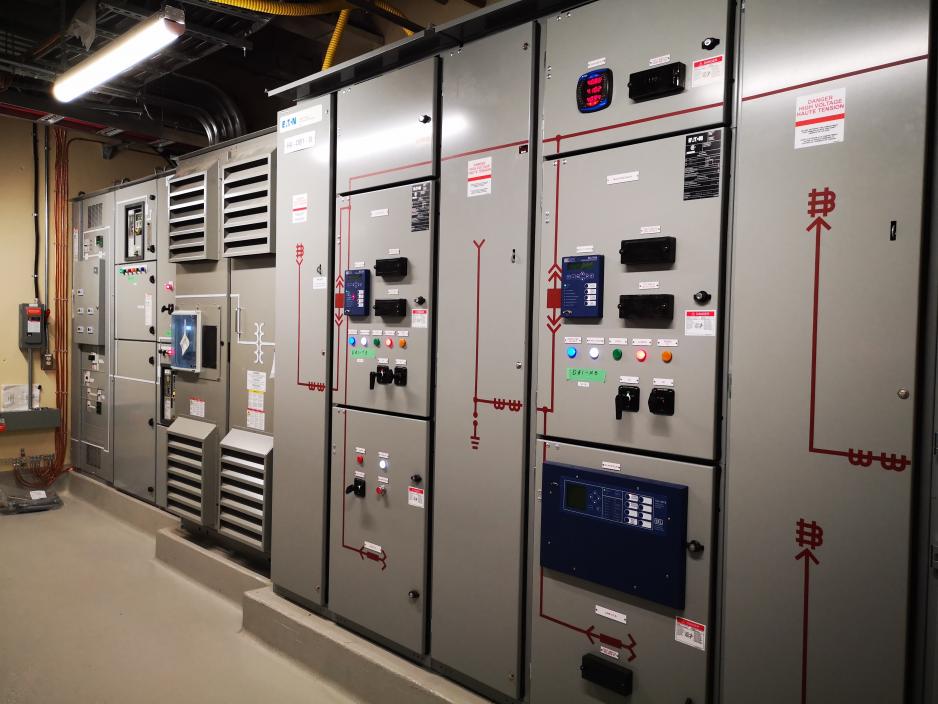 The electrical substation, which provides emergency power to wings A-F, was relocated in preparation for the demolition of E-Wing. 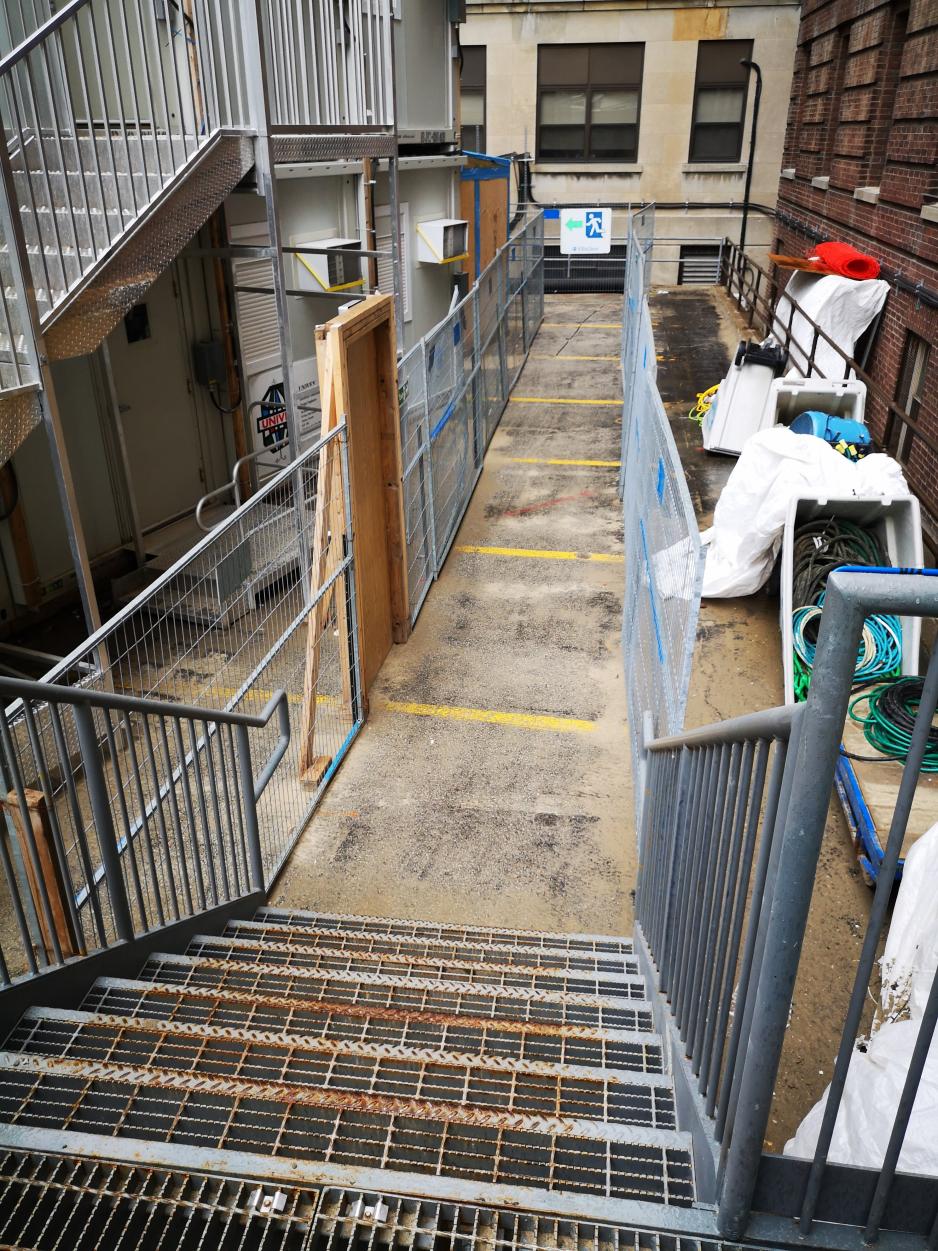 New exit routes were created to safely direct pedestrians away from the construction site in the event of an emergency evacuation. 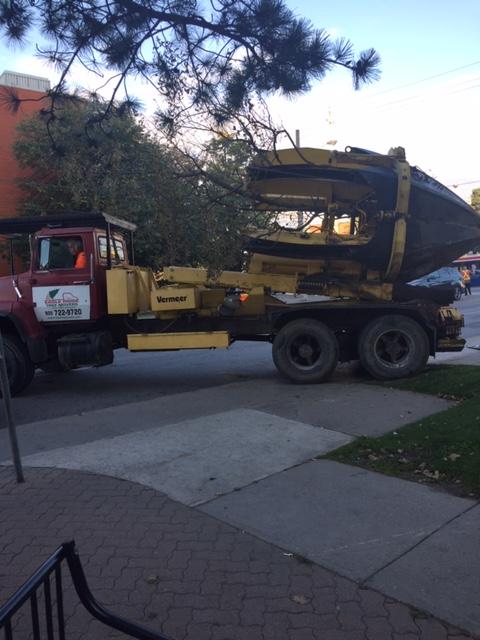 A memorial magnolia tree and plaque were relocated to the corner of Mortimer and Coxwell Avenues.

Fun Fact: The magnolia tree was relocated in the fall of 2018 once it had finished blooming and was in a dormant state to improve chances for a successful relocation. We’re happy to report the tree has successfully bloomed in its new location! 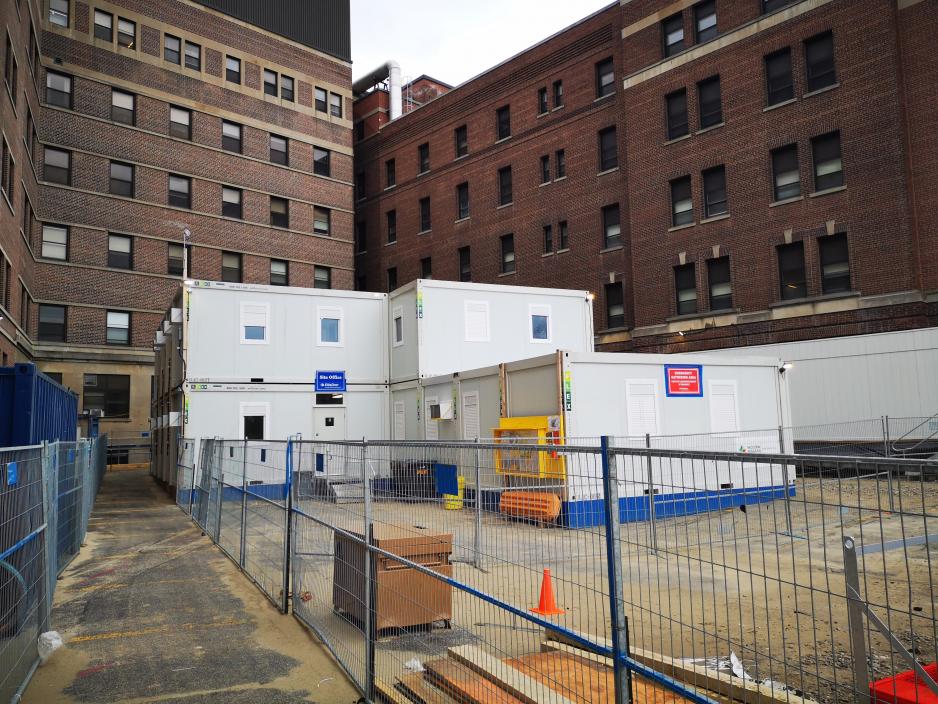 Temporary construction offices built out of sea cans were installed to allow EllisDon and their sub-contractors to be accessible to daily operations on site. 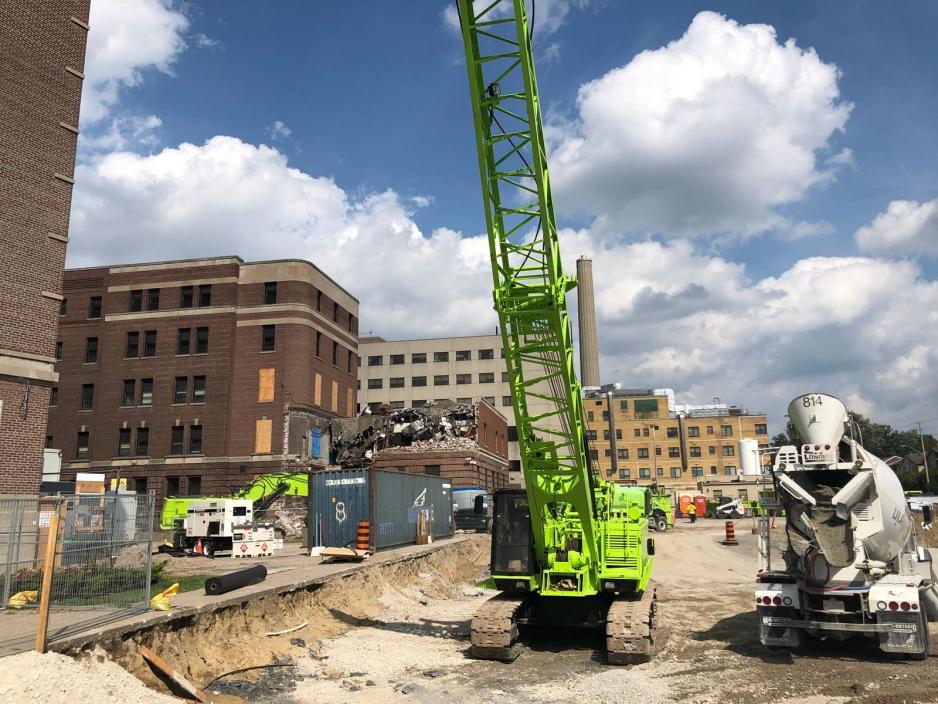 F-Wing podium was demolished to make way for the new facility.

Fun Fact: The podium had to be carefully separated from the adjacent building before it could be demolished as to not disrupt ongoing hospital operations. 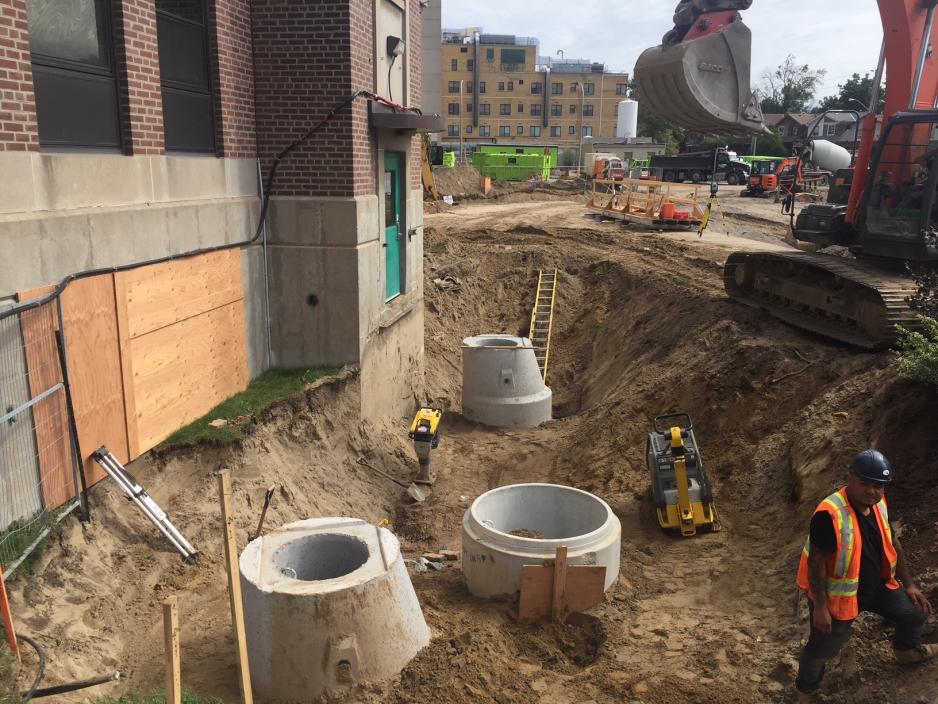 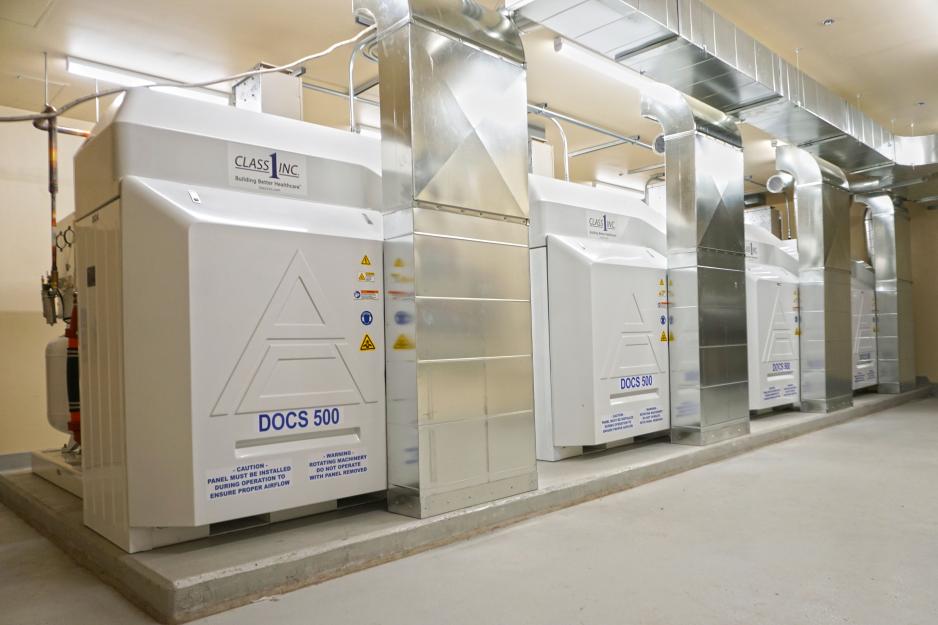 The oxygen tank farm off of Sammon Avenue was removed and new oxygen concentrators installed, allowing the hospital to generate its own oxygen supply on demand.

Fun Fact: MGH is the first acute care hospital of its size in North America to own and operate oxygen concentrator technology. 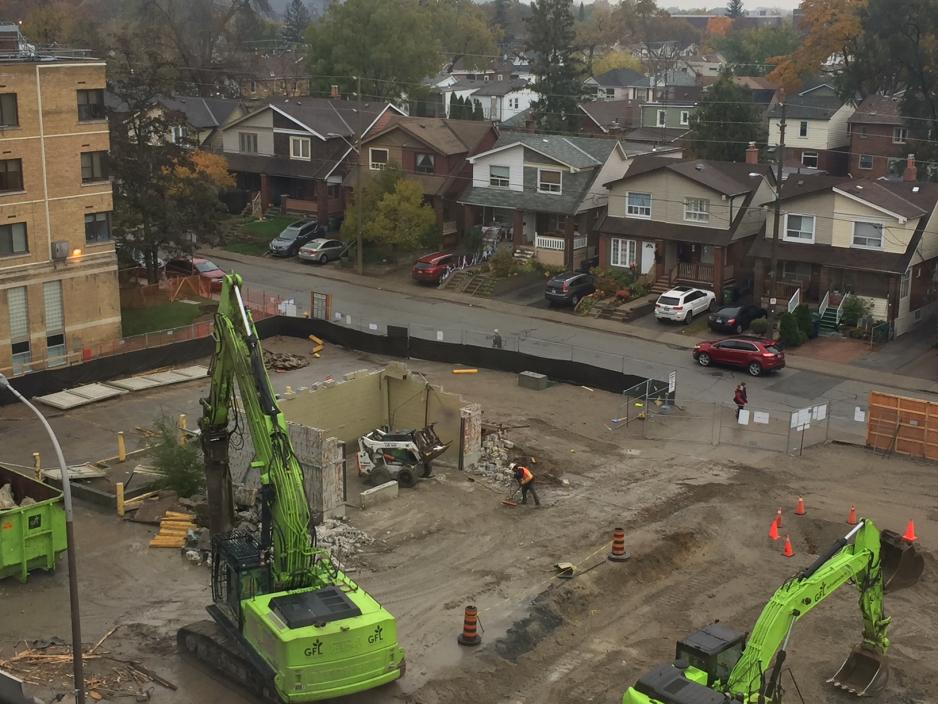 The existing chemical storage shed was removed from the construction site and a new one was installed in front of the hospital’s power plant off Sammon Avenue. 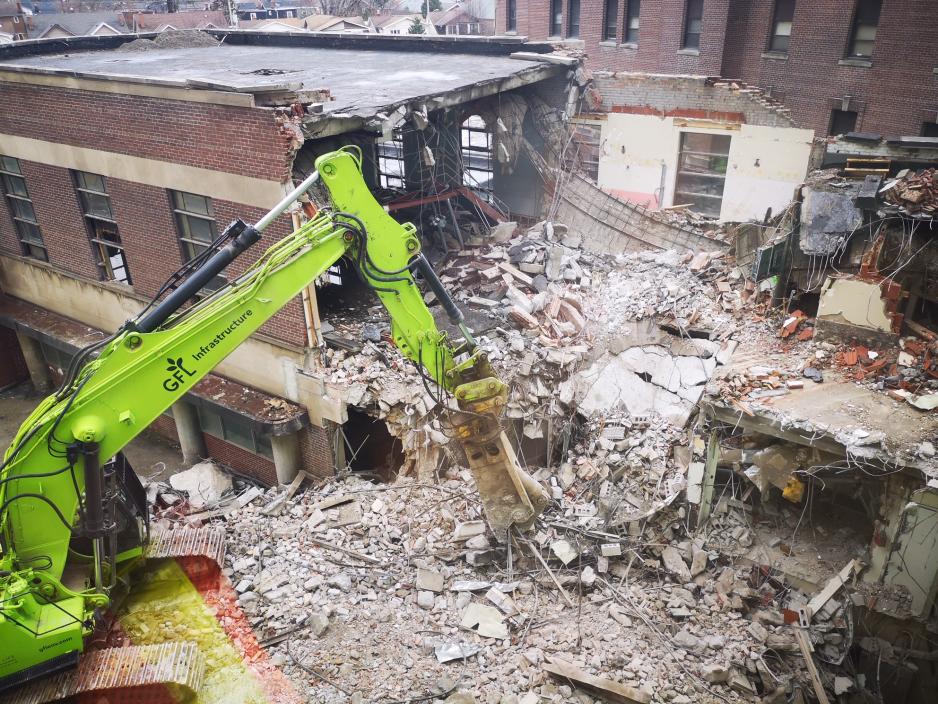 E-wing and E-basement tunnel were decommissioned and demolished to make way for the new facility construction. 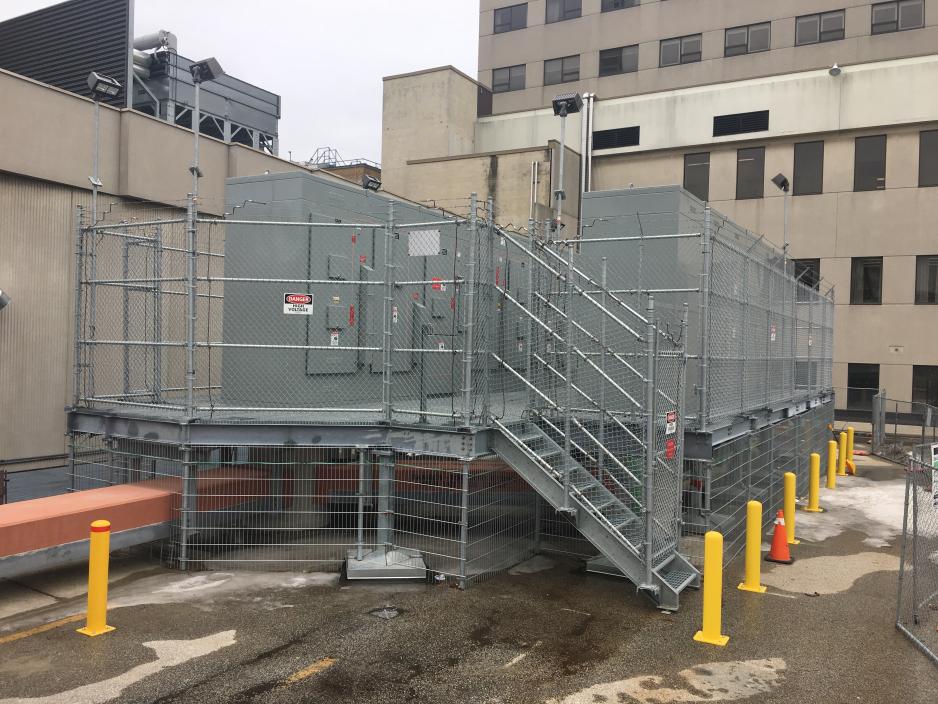 New high voltage switchgear towers were installed off of Knight Street. The new equipment will power both the existing building and future construction. 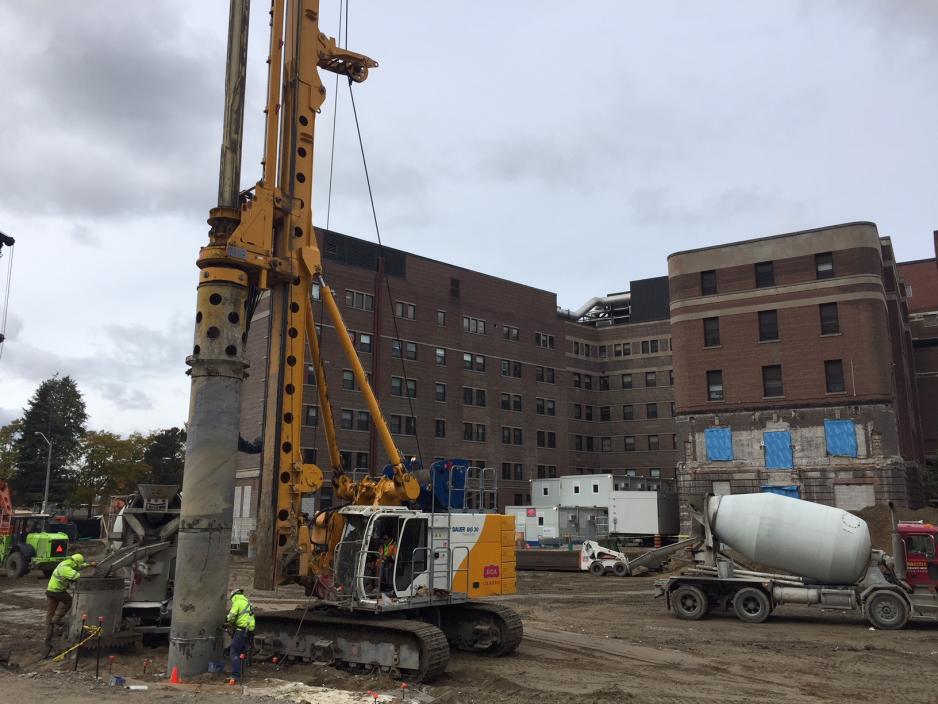 Prior to major excavation, EllisDon had to create a water tight, concrete wall around the perimeter of the site. Caisson drilling was the method used to create the underground retaining wall which can withhold the earth’s pressure beyond it and allow excavation to take place.

Fun Fact: In total 533 holes were drilled 24 m below the earth surface to form the concrete barrier. 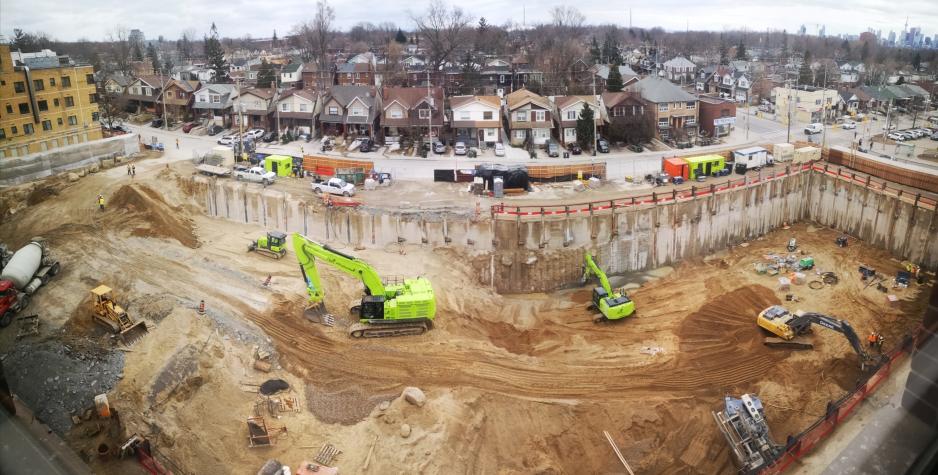 Site excavation for the four storeys of underground parking lot is currently underway and is estimated to be complete summer 2019.

Fun Fact: 6,000 trucks will be required to remove all excavated soil onsite. The earthed soil is being re-used to fill an old gravel quarry in a township north east of the City.