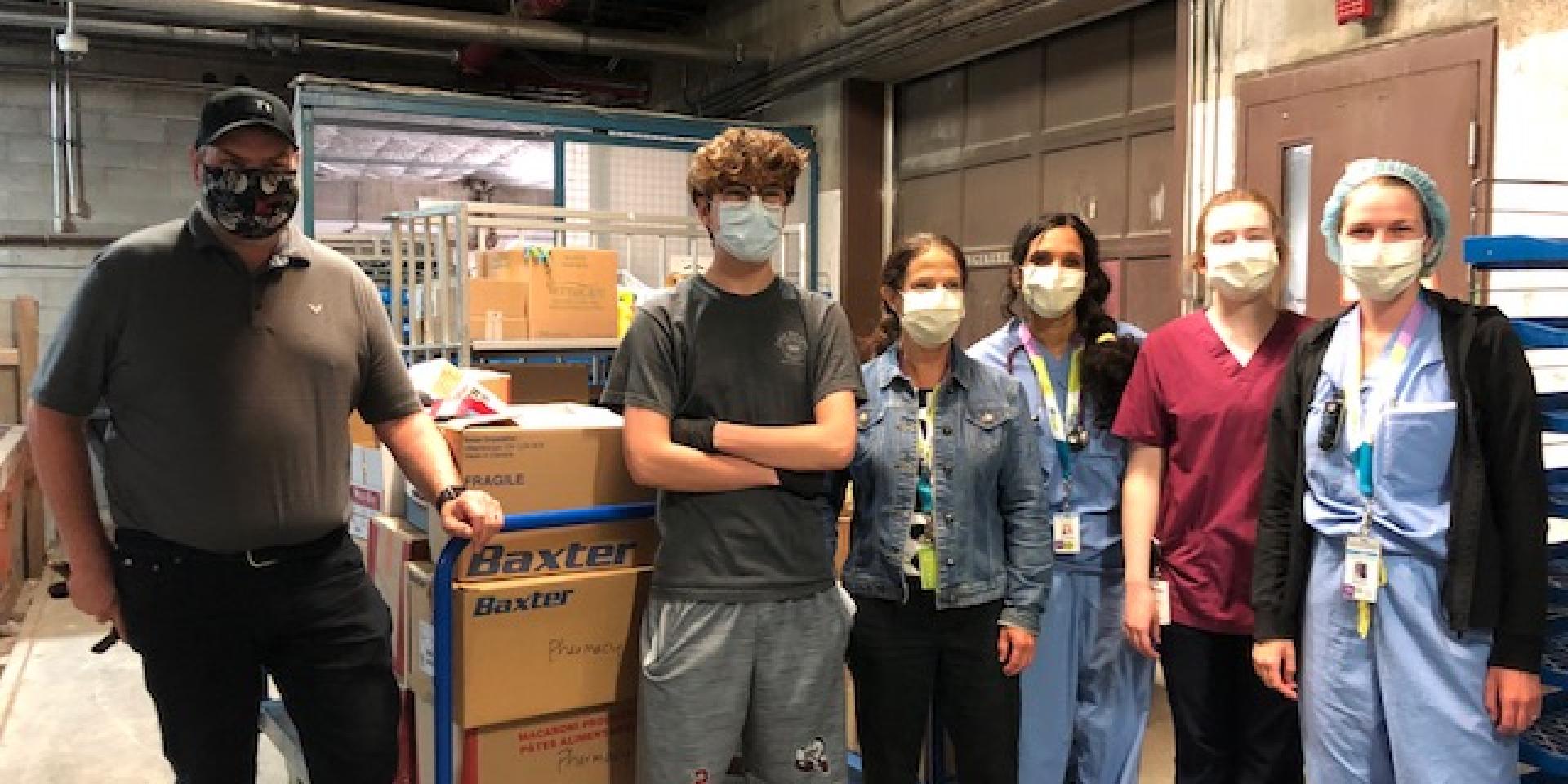 How do you express your gratitude for your community and the support you’ve received from its members during the COVID-19 pandemic? You pay it forward!

It is this notion that inspired MGH respiratory therapists, Krithika Balasubramaniam and Cindy Thompson, to organize a departmental food drive that quickly turned into a hospital-wide, interprofessional practice (IPP) team initiative in support of the East Toronto Food Coalition.

“As frontline workers, my colleagues and I have witnessed so many community members and organizations show their support for us by leaving inspirational messages around the hospital, providing meals as well as sewing and donating masks,” says Krithika. “Finding a way to give back to the community was the only way to pay the kindness forward.”

The idea to organize a food drive came to Krithika after she watched a commercial detailing troubling food demand shortages throughout Toronto due to food bank closures during the pandemic. After speaking with her colleagues, the respiratory therapy team decided to start a small departmental collection drive in support of the East Toronto Food Coalition, a grassroots food security initiative formed in the earlier days of the pandemic that served people throughout East Toronto including the Beaches East-York and Regent Park. However, the drive was not meant to be small for long. Within a matter of days, the drive transformed into a hospital-wide IPP team initiative, with several teams across the organization signing up to participate.

“The IPP food drive was a very timely and worthwhile initiative and a great way to give back,” says Andrew Liu, director of the pharmacy services team, one of the many IPP teams that took part. “I am proud of the way we’ve been able to come together to respond to our society’s challenges during this time.”

The drive ran for a total of two weeks and by the end, had garnered roughly 30 boxes of non-perishable food items including baby food and infant formula. The East Toronto Food Coalition team picked up the donations in early June to distribute to its clients.

“It feels amazing to be spreading the kindness to the community that has been showing us kindness,” says Cindy. “We’re so overwhelmed at the response and thankful to the entire IPP team for getting involved and making it a big success.”