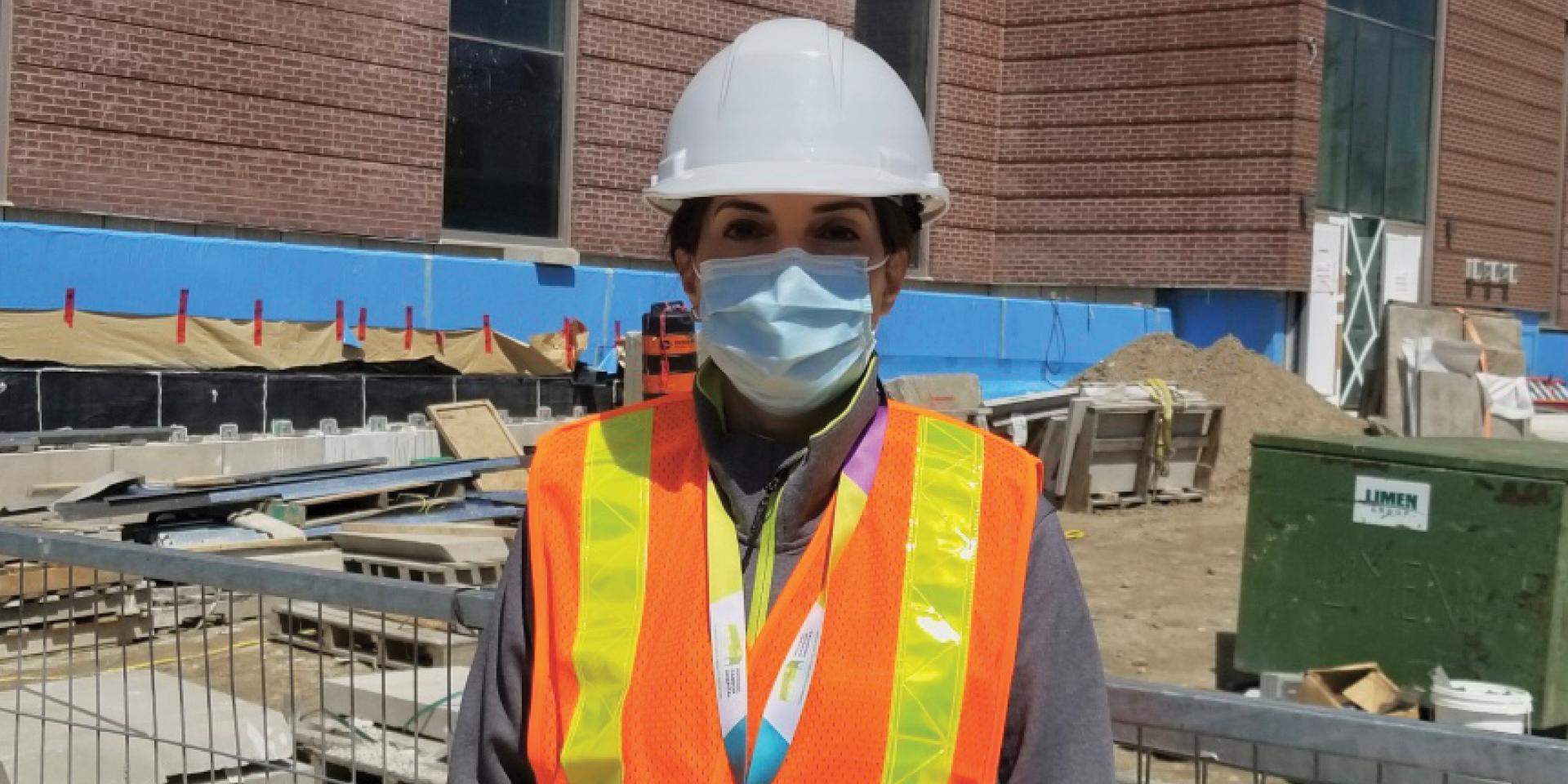 #IamMGH tells the stories of our people. Meet Andla Zaigham, an Operational Readiness Leader on Michael Garron Hospital's (MGH) Redevelopment team."Since 2010, I’ve worked in MGH’s Internal Medicine department as a Physician Assistant and in February 2022, I took on a new role as an Operational Readiness Leader on the hospital’s Redevelopment team.

MGH’s Operational Readiness team is here to ensure that we transition into the new Ken and Marilyn Thomson Patient Care Centre in a smooth and safe manner, particularly from a clinical perspective. My role is focused on MGH’s physicians, physician assistants, diagnostic imaging technologists and nurse practitioners.

I am a professionally-trained doctor and before I moved to Canada, I worked as a family physician in The Gulf of Oman and Pakistan. In 2010 after moving to Canada as a foreign-trained physician, I was given the opportunity to participate in a pilot project as a Physician Assistant, which was a brand new role in Ontario at the time. MGH was one of the first community hospitals in the province to introduce the role and I was lucky to be offered a position.

As one of the first Physician Assistants in the province, I had the opportunity to work with the Ontario Ministry of Health to help develop the position, including defining the job and building the medical directives for the role.

As a Physician Assistant at MGH, I worked closely with the hospital’s physicians to provide patient care. Physician Assistant duties include doing clinical assessments, communicating with patients and families, prescribing medication and ordering diagnostic procedures.

When I began at MGH, not only was the role new to me, it was new to the hospital and its physicians. I initially had some difficulty understanding my job responsibilities and how I fit into the team. However, over time, the role became more defined and my clinical background helped me build trust with my physician team members. Since then, the Physician Assistant role has become more formalized. Now, there are Physician Assistant university education programs in Ontario.

MGH has always been a supportive environment for me. I’m so thankful for my team members in Internal Medicine. With their support, I’ve grown my skills academically and clinically over the past decade, and I recently received my Masters of Adult Education.

Over the past 12 years, I’ve seen a lot of change and innovation at MGH. Shortly after I started, the hospital introduced electronic health records and then hands-free communication devices for front-line workers (Vocera). Soon, we will open the Thomson Centre and our renovated spaces, which will greatly improve the patient experience.

I’m excited about my new role on MGH’s Operational Readiness team and I look forward to working closely with the hospital’s physicians and staff as we navigate our transition to the Thomson Centre later this year."

Programs and services on the main floor of MGH's redeveloped campus