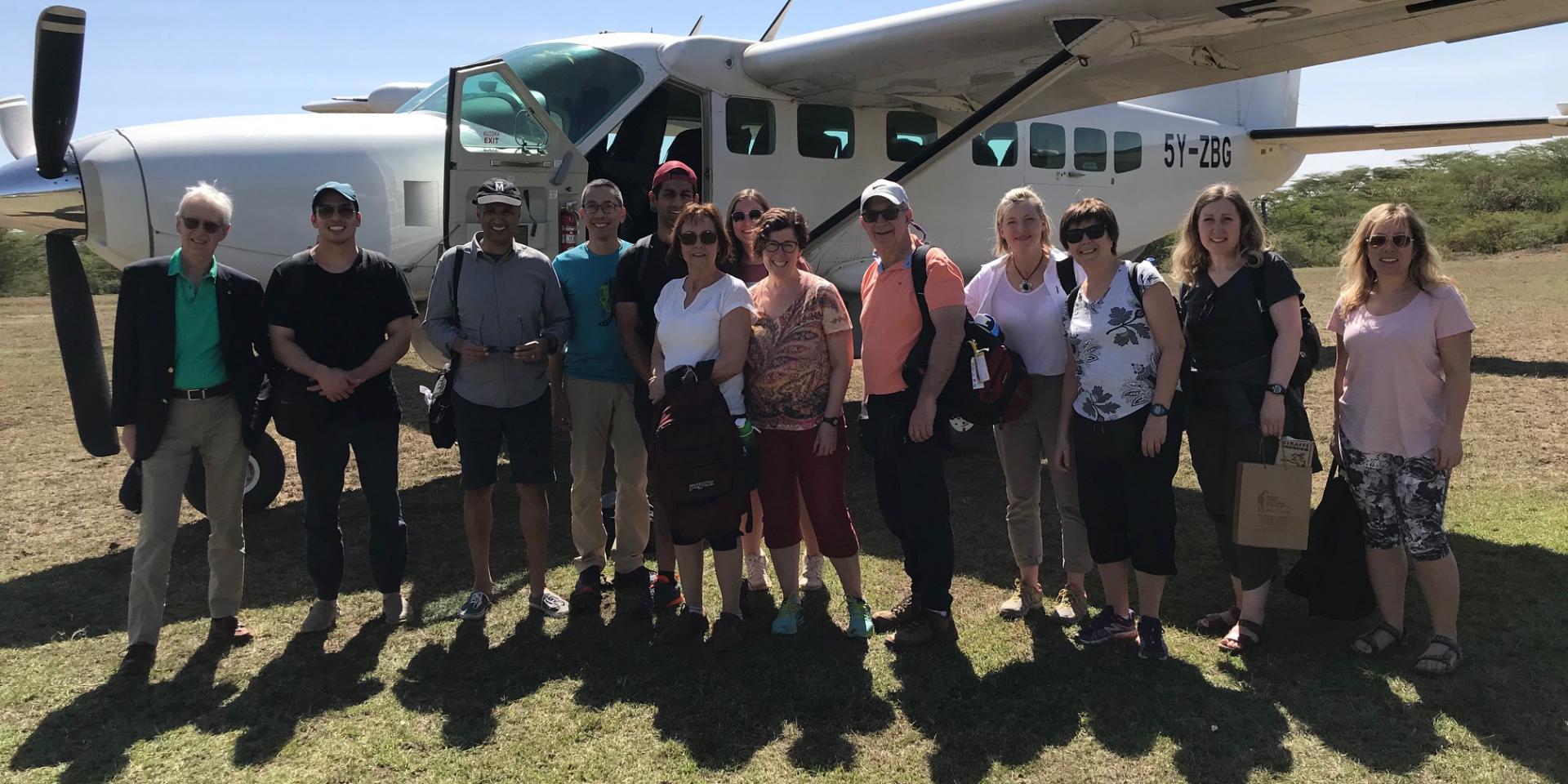 Arriving in the remote community.

Reconnecting with your calling: MGH surgeons reflect on visit to Kenyan hospital

“It was only after coming out of the operating room and the lights brightened up did we realize that the only power we had for the surgery was from a backup generator.”  In February 2019, Dr. Rajiv Singal, a urologist at Michal Garron Hospital (MGH) led an envoy of surgical colleagues to see first-hand what goes into creating a surgery program at the Bakara Hospital in Kenya. The remote hospital opened its first two operating rooms in May 2018.

“It’s more than putting a surgeon in an operating room,” says Dr. Singal, “access to reliable power and clean water are equally scare resources in many parts of the world as trained clinicians and surgical care pathways are.”

The 2015 release of the Lancet Commission on Global Surgery motivated much of Dr. Singal’s passion, teaching, travel and humanitarian work in recent years. The Commission found that five billion people worldwide do not have access to safe and affordable surgical and anesthesia care. It also identified the importance of increasing access to three Bellwether Procedures: caesarean delivery, laparotomy (or opening of the abdominal cavity) and treatment of an open fracture.

Dr. Singal visited the Bakara Hospital two years earlier. At that time, he was contacted by the WE Foundation to join a trip to the Hospital as it was embarking on the journey to open its operating rooms. Dr. Singal worked with the Bakara team on implementing the surgical safety checklist, a formal communication process used before, during and after every surgery.

Since opening, the Bakara team has fully embraced the practice, “I enjoyed seeing how very purposeful they are when doing the operative checklist. There are two huge checklists posted on the wall and the surgeon running it commands the attention of the whole room before the surgery,” says Dr. Singal. “We can definitely learn something from the rigor they apply to this important practice.”

For this recent trip Dr. Singal reached out to his surgical colleagues to join him, with a focus on the Bellwether Procedures. Dr. Melanie Ornstein, obstetrician, Dr. Desmond Lam, anesthesiologist, Krista Kohn, operating room nurse, and Dr. Robert Zeldin, thoracic and general surgeon, all joined Dr. Singal with support generously provided by philanthropists Berna and Myron Garron and organized by the WE Foundation.

It didn’t take long for Dr. Ornstein to accept the invitation to join in the trip. She recalled the honour and privilege she felt after contributing in an obstetrics and gynecology clinic on a trip to Zambia in 2012 and was thrilled to take part in a similar opportunity.

Dr. Ornstein and the MGH surgical team spent five days working alongside the Bakara clinicians in preoperative and antenatal clinics, performing surgeries, consulting on inpatients and following up on post-operative and postpartum patients. They shared practices on everything from monitoring practice of the fetus during labour to techniques for counting surgical instruments in the operating room.

“I learned as much, if not more from them, than I was able to teach them,” she says.

One difference Dr. Ornstein noted from general Canadian practice was the number of support people Kenyan women have caring for them throughout the labour process – feeding them, washing them.

“I have no doubt all that support contributes to a more successful labour and improves the way the women experience pain in labour,” she adds.

The trip was also a great way for the team to step away from the daily pressures and frustrations they experience and get back to the basics.

“What was most gratifying for me about sharing this experience with my colleagues was watching them reconnect with why they became doctors and nurses in the first place,” says Dr. Singal.

“Working in healthcare remains a privilege, especially in the Canadian system. We enter into people’s lives in a very intimate way, often at their most vulnerable or in crisis.  This trip helped remind all of us of that.”

The MGH team plans to connect back with the team at Bakara Hospital soon to debrief on the trip to learn what went well and what the team might build on as they look to plan future excursions.

Dr. Ornstein will be sharing reflections from the trip at Obstetrics and Gynecology rounds on March 27 and the full team plans to share hospital-wide rounds later this spring.

To read more about Dr. Singal's work, follow his blog. 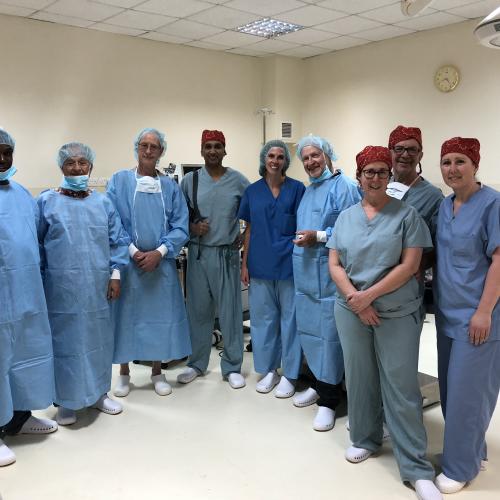 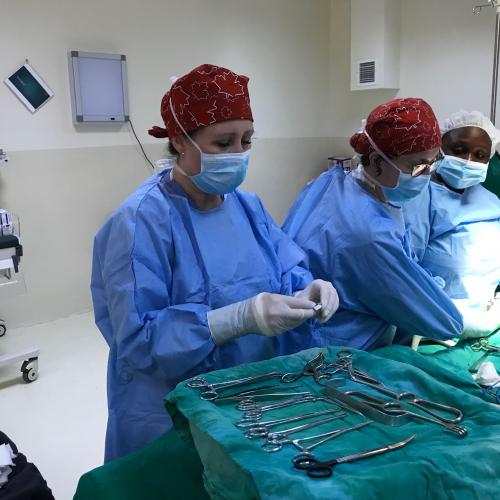 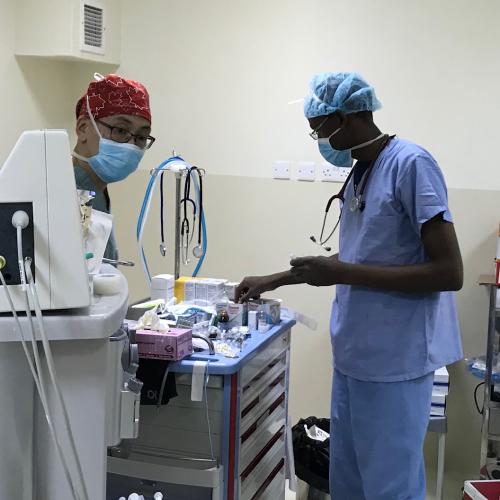 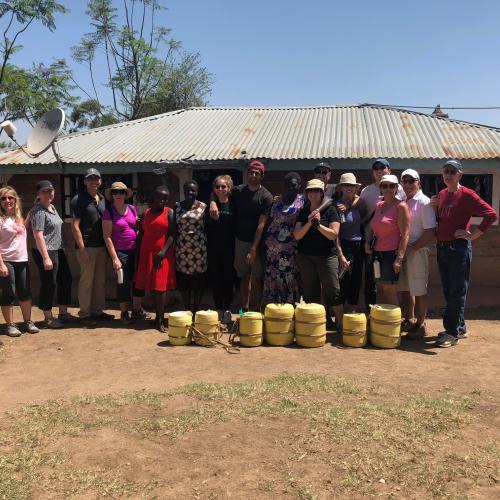 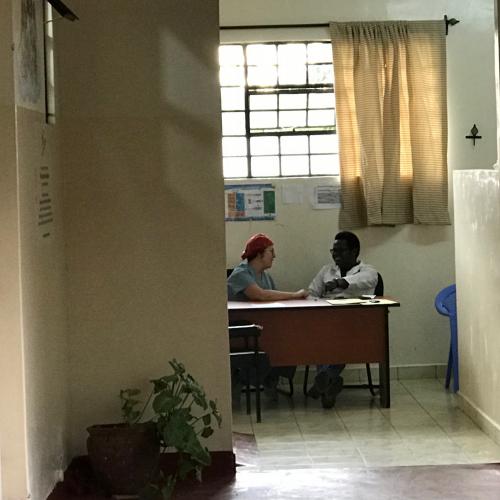 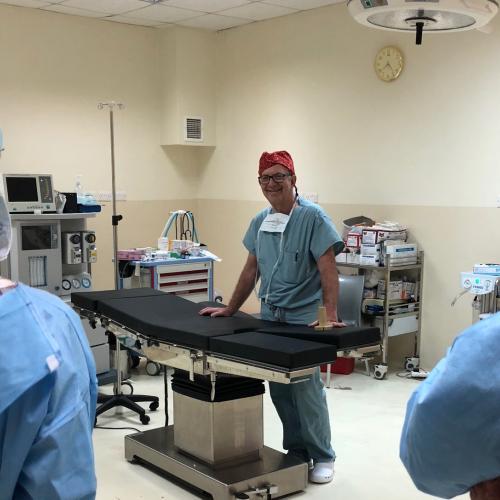