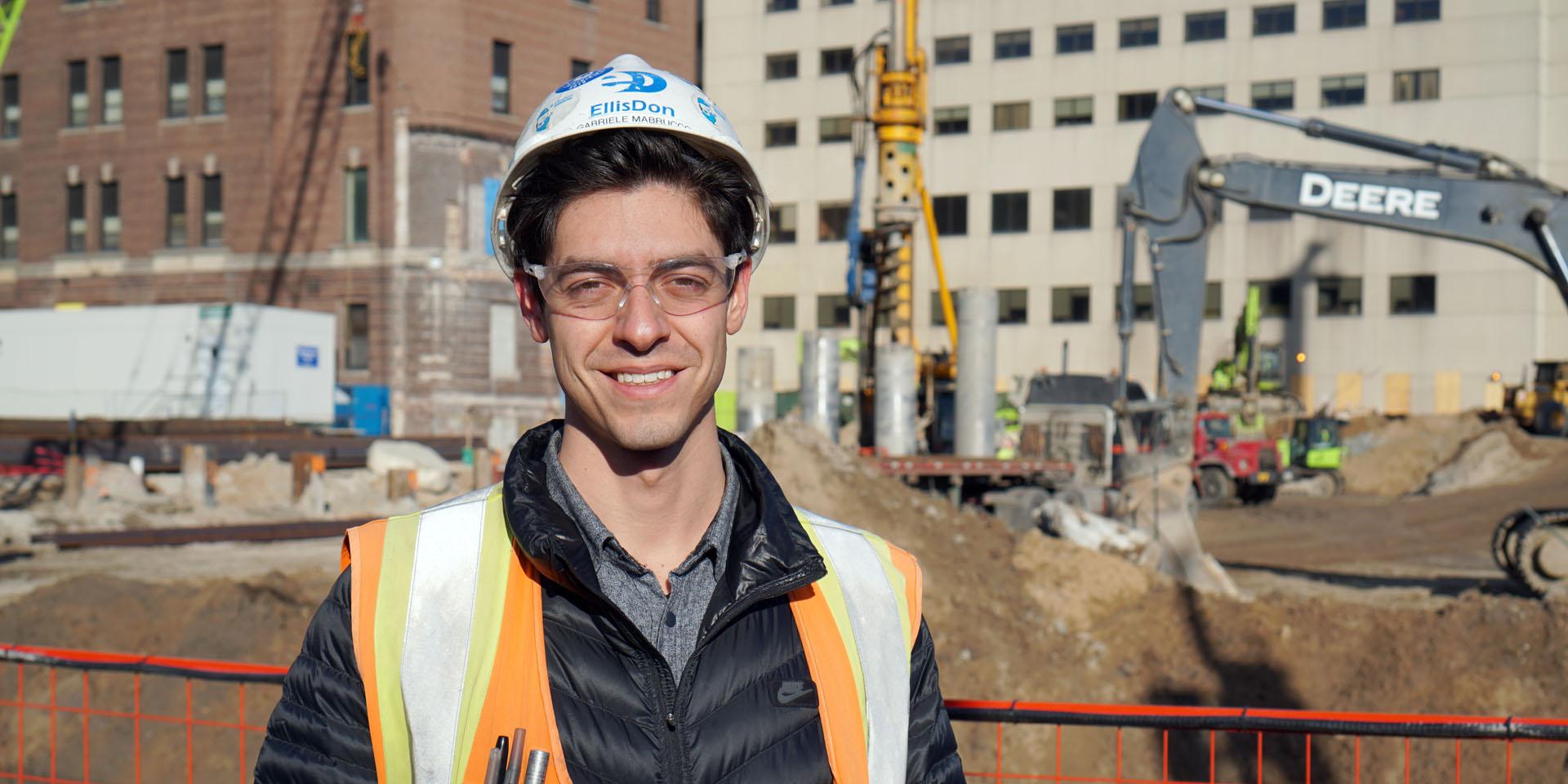 What’s in a drill? Preparing for the ‘big dig’ at Michael Garron Hospital

Over the past few months, hospital community members and passersby will have noticed the major construction site at the corner of Coxwell and Sammon Avenues – in addition to some very large of pieces of equipment towering over the site.

These large pieces of equipment are called caisson drill rigs, and their purpose is to install a concrete caisson wall around the new site of the Patient Care Centre.

What is caisson drilling?

According to Gabriele Mabrucco, Assistant Superintendent at EllisDon, caisson drilling is a method used to create an underground retaining wall that is capable of withholding the earth’s pressure beyond it, in order to allow excavation of a site to take place.

The construction team is currently drilling one meter diameter holes down to the clay layer that exists under the site, 24 meters below the surface.

“We’re then filling each of these holes with concrete, and placing steel beams in every fourth hole. These steel reinforcements are known as piles, and they help to restrain the load of the earth on the outside of the wall. Each of these holes overlaps each other, and end up forming a wall,” explains Gabriele. 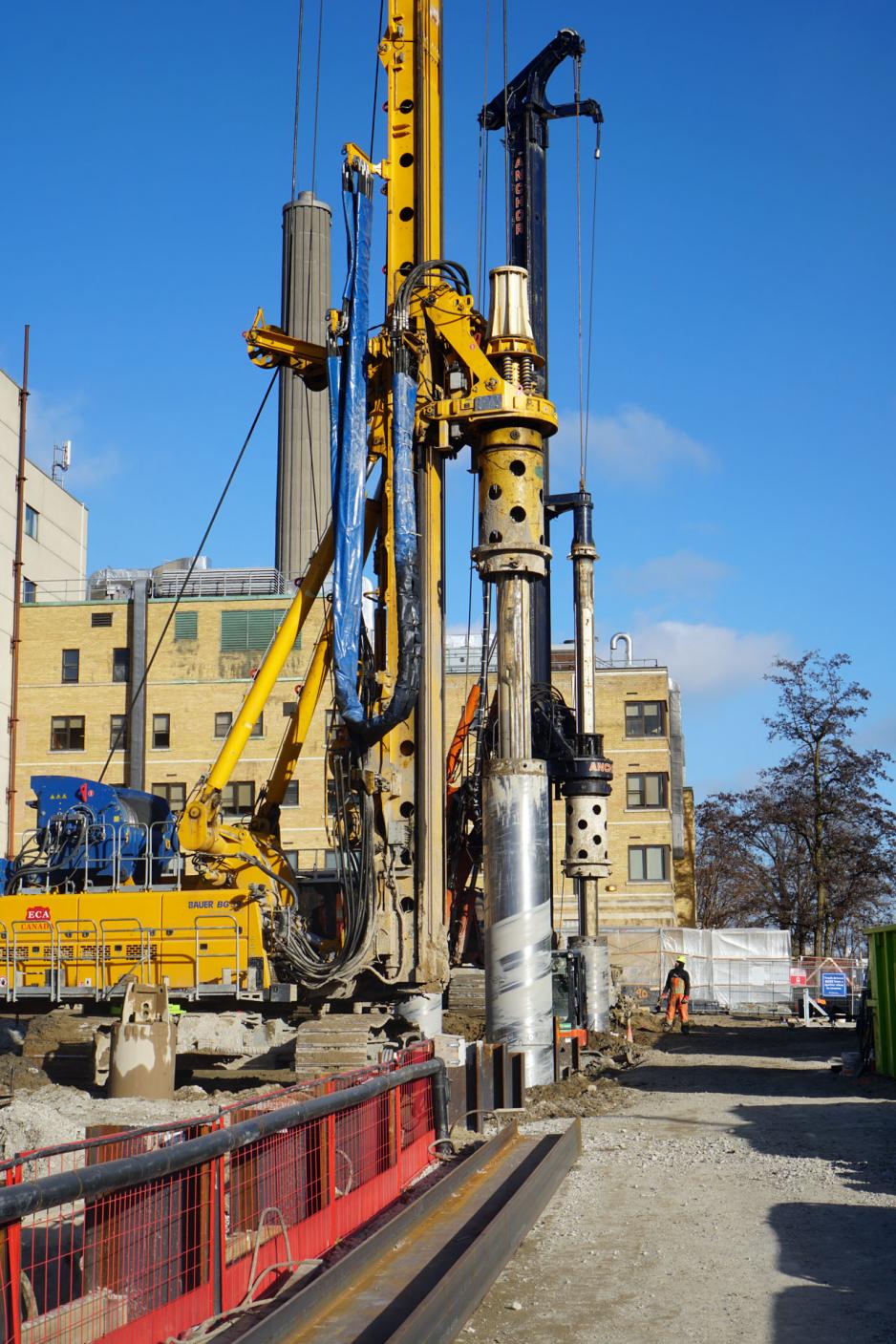 The main goal of this installation is to create a water tight structure around the perimeter of the new Patient Care Centre, as well as maintain the soil stability of the areas surrounding the hospital. This will allow EllisDon to divert water around the construction area to keep the site dry and allow the job to progress to its next stages.

Installing the caisson wall is the first step in preparing the construction site for major excavation activities, which will be followed by erecting the cranes and pouring the concrete foundations for the future Ken and Marilyn Thomson Patient Care Centre.

“Once the caisson wall is complete, our team will first dewater the interior of the site, and then excavate down for the four story parking garage, which will be 16 meters below the surface at its lowest point. After excavation is done, we’ll start pouring concrete foundations,” says Gabriele.

Excavation activities began in January 2019 and are anticipated to be complete by spring 2019.